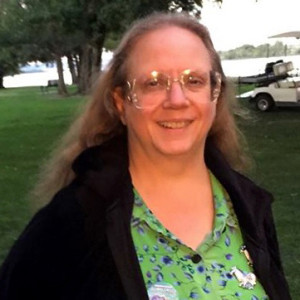 The Pacific Waits is a song about the maritime connection between the crops we grow in the Northwest, and the people on the other side of the Pacific who eat a lot of the food that we raise.

I grew up on a farm in Eastern Washington, and one of the many crops we raised was wheat. Wheat harvest is hot and dusty, and the wheat dust is everywhere. Beginning when I was very small, I would ride along with my mother when she drove wheat truck to unload at the grain elevator.

In those days very few trucks were equipped with hydraulic hoists, so at the grain elevator my mother had to maneuver the front wheels onto a plate on the ground, which had chains that would lift up the front end of the truck. I would stand and watch the wheat pour out the back end of the truck like a golden waterfall. It would disappear into a grate in the ground, and from there be mysteriously lifted up into the big grain elevator that was taller than any other building in town.

When I was a child, I wondered where all the wheat went – because just on our little farm, we raised wheat enough to feed thousands of people. There was a line of trucks full of wheat at every grain elevator, at every little town and railroad siding, for miles in all directions. Not very many people lived in Eastern Washington. So where were the people that were going to eat all this wheat?

It was hard to believe that somewhere out to the west, beyond the mountains, beyond the sea, out beyond the blue horizon, there were cities full of strange people, with other customs, speaking other languages, who were all counting on us to grow food for them.

When I was a child in the 1960s, a lot of the wheat went to India, which was having a series of famines. Later on, it went to the Soviet Union and to mainland China. Nowadays, those countries are self-sufficient in wheat. The wheat that goes down the Columbia to the sea will go on to Japan and Korea for noodles, or to the Middle East and Africa for pita bread.

This is the story of the journey that the wheat makes. I wrote the words, but the tune is by Stephen Foster, an 1848 song called Uncle Ned that was once very popular, but is seldom heard now.

Some grain comes to the grain terminal in Seattle by rail, but more is shipped out from grain terminals in Portland, Vancouver, Longview and Kalama. Some of the exported wheat is transported by truck or rail, but a considerable amount is loaded into barges on the Snake or the Columbia for the trip downriver. At the grain terminal, it is held in tall concrete silos, waiting to be loaded into the holds of bulk carriers. A typical carrier will have four or five holds. The grain terminal can fill several holds simultaneously, using augers ending in huge spouts.

Jan Elliot-Glanister recorded the song on the CD “Tales from the Bar: Songs of the Lower Columbia River.”