Ode to the Enchantress 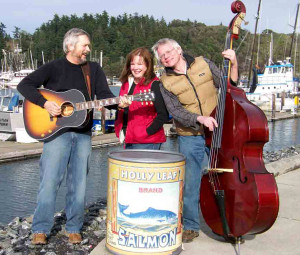 Where do you lay your weary head?
Where lay your body down?
Amid the crash of wrecking ball
You sink into the sound.
Is this a fitting legacy
Of one so strong and proud?
The mighty tug Enchantress
Sweet friend of Puget Sound.

One hundred twenty feet she glides.
From upright bow to stern.
Her pilot house an eagles nest
While ocean currents churn.
Escorting precious cargo
Freighter, barges, tankers, too.
Kept safe from hostile forces
At the height of World War Two.

Waters of Lake Union
Ballard Locks, Alaska, too.
She journeyed to Padilla Bay
Left by who knows who.
Tied to rotting pilings
Sometimes covered by the tide
Though we called for preservation
Only few stood by her side.

The ship is just an eyesore
And a danger too!
She could be leaking oil and fuel
Toxic hazards, too.
They should have hung her on a cross
As we plead her case in vain.
‘Til the wrecking ball came crashing down
She was never seen again.

“Enchantress Song – was written as a tribute to the tug Enchantress. She served during WWII, Puget Sound, and Alaska. Several years ago, the Enchantress was abandoned in Anacortes by her owner who apparently could no longer keep her moored in Seattle. She was tied to pilings and sat there for years. A citizens group was started to protect and preserve the Enchantress; at a minimum, people wanted to simply let her rest in peace, living out her final days. Emotions flared when local authorities decided that she needed to be demolished. Despite protests and proposals to save her, a wrecking crew eventually destroyed the Enchantress.

“The video clip about the Enchantress featuring local historian, Bill Mitchell, and the introductory comments provided by Stew tell the complete story.

“About Cannery Row – Cannery Row is a small folk group located in the Anacortes/Guemes Island area. The group members include myself, my sister Pam (Wittman) Hobson, and her husband Greg Hobson. I live on Guemes Island, and Pam/Greg live on South Fidalgo Island/Anacortes. Pam and I have a music history that goes back to the mid-1960s , playing folk music in a group called “The New Concepts.” The New Concepts was a 5 member group playing traditional folk music as well as (at the time) newer music written by Randy Sparks of the New Christie Minstrels, the Smother’s Brothers, Burl Ives, and others. We sang for the dedication of the Anacortes Museum, the Anacortes Arts Festivals, various dedications, such as the Anacortes Airport, and occasional dinner hour concerts at the Hatch Cover Restaurant. The group disbanded in the early 1970s as we went our separate ways to attend college and other pursuits. Three years ago, I organized a similar folk group called ‘Windsong.’ We initially got together to sing a dedication for a new sculpture by artist Leo Osborn, at Kiwanis Park in Anacortes. From that point on Windsong took on a life of it’s own. We performed at the Museum of Northwest Art in LaConner, Washington, along with two poets, Thelma Palmer, and Densley Palmer; the theme was “Of Love & Laughter.” Windsong performed several concerts on Guemes Island Community Hall and the North Wind Art Gallery, as well as a Peace Rally at Causland Park in Anacortes, and weekly performances during the summer at Deception Pass State Park Amphitheatre. As time went on, I became interested in writing music for the group. We started including more and more original songs to our program that were received very well by the listening audience.

“Around January, 2010, Pam, Greg, and I recorded my song “Cannery Row.” We decided to form a separate group specifically geared toward writing and recording original music. We have a small recording setup in a barn located on South Fidalgo Island. There, amidst the chickens, donkeys, and other critters, we lay down tracks of my original compositions. It has been a wonderful experience sharing these songs through recordings. As we continue to create and develop our song repertoire, we hope to make a CD of our own, and look more toward performances in different locations. We also hope to invite additional musicians to join in with us for recordings and performances.

“Most of my songs have a seafaring flavor . . . not that I planned it that way . . . circumstances simply conspired to point me in this direction. In addition to Cannery Row, and Ode to the Enchantress, I have been asked to write a ballad about the Wawona to be performed later in June. Other songs include a humorous folk song about a religious revival, done up ‘North West Style,’ titled “Jesus Set the Hook and Now I’m Saved!” I recently completed a romantic folksong called “Two Ships” about relationships and how we navigate across a lifetime. Other songs in the works touch on humor and wit and include ballads about local characters, as well as a political satire titled “Have You Ever Seen a Grown Man Cry?” The songs keep popping out there and I keep writing them down!”

You can read a Seattle Times story about the Enchantress here.

Some of these lyrics strike a familiar note for those of us who tried unsuccessfully to save the schooner Wawona.