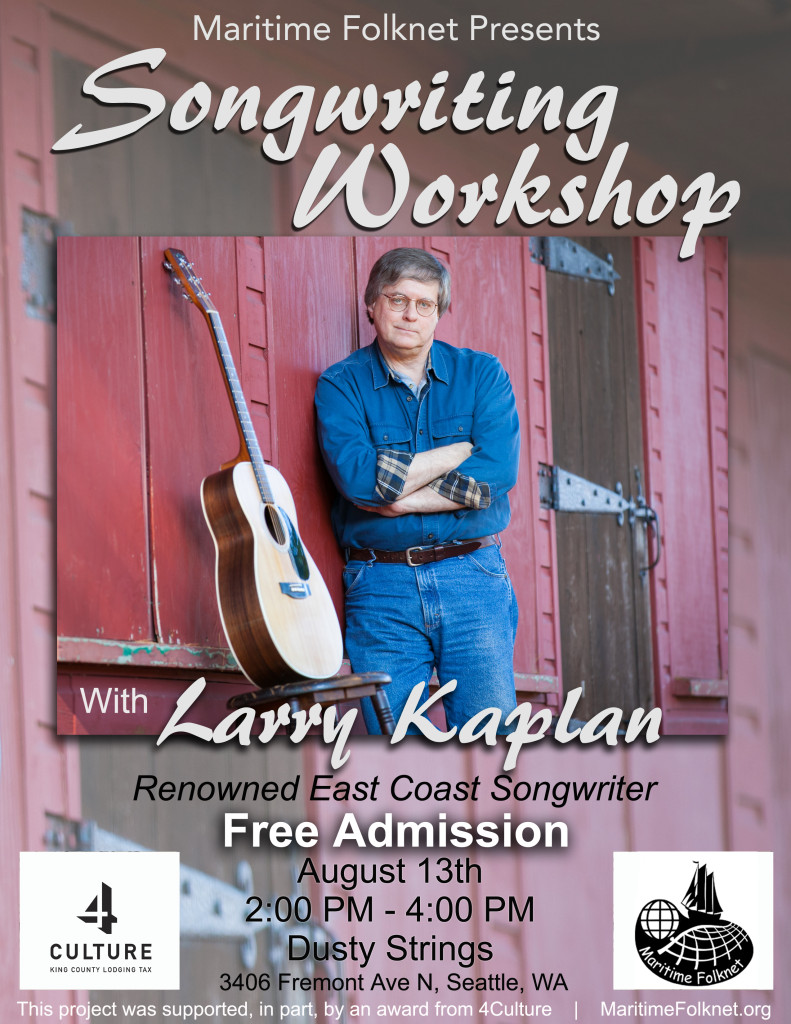 Larry Kaplan has a clear tenor voice, a unique lyrical guitar style, and an engaging and interactive stage presence – but he is best known for his song writing.

He writes ballads telling stories of real people, past and present, seemingly simple but truly profound. He is a skilled multi-instrumentalist and singer, who crewed on various Maine schooners and who helped restore the historic arctic schooner The Bowdoin.

Raised in Maine and Massachusetts, Larry has helped preserve the maritime music collected by Gale Huntington for performers, scholars, and collectors.

Larry’s songs have been recorded by Gordon Bok, Cindy Kallet, and many others, and include “Old Zeb“, “Song for Gale“, and “The Wreck of The Bay Rupert“

This project made possible by a grant from: