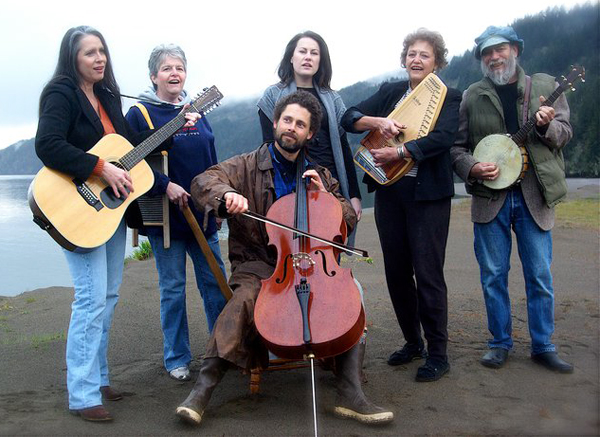 On Newfoiundland’s banks for codfish I wrangled
Around Georgia I weathered many a gale
For the walrus and seal to the arctic I rambled
And scoured the ocean in search of a whale.

I fished for the sardine off the capes of Malaga
Wrestled for snapper off Austrian sands
But now I am fishing for bold Barney Gallagher
Seining for salmon on Old Miller Sands.

Now then shake yourselves boys and let’s have no gaming
We’ll lay out the seine with our hearts and our hands
We’ll capture the steelhead, the sturgeon, and salmon
That frequent the waters ’round Old Miller Sands

When I first struck the sands I was surely dumbfounded
To find myself out in the midst of the tide
Aboard of a scow as the waters surrounded
Said I to myself, I am surely Shanghaied.

I thought that old Barney had fed me some blarney
In order to send me to some distant land
When the tide was ebbing then honest old Barney
Revealed to my vision Old Miller Sands.

In history you’ll hear how a terrible battle
Was fought on the sands, ’twas a great battlefield
For Miller was stormed by an angry old faction
But the great boys of Elliott’s never would yield.