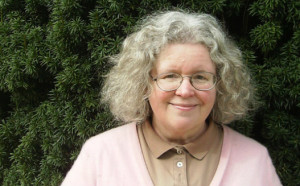 Both the lyrics and the tune for this song were written by Mary Garvey. Despite all the songs that Mary has written, this was the first time she has been recorded in a studio. As she performs the song, with harmony vocals by Jan Elliott-Glanister and Chris Roe, it becomes a hymn to logging and tugboats on the lower Columbia river.

Tugboats are essential to transport logs to mills, both in the lower Columbia on the border between Washingon and Oregon, and in the upper reaches of the Columbia River in British Columbia.

Chris Roe can be heard singing lead on two other tracks on this CD. Jan Elliott-Glanister is part of Watch the Sky!, the group that composed the music for and performed ‘The Tugboat Captain’. Jan can also be heard performing accompaniment or backing vocals on several songs on this CD.