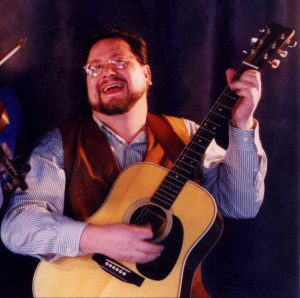 It was in the month of February, Carissa hit Coos Bay
We thought she’d come to say hello, but Carissa came to stay!
Set the anchor just off shore, the captain gave command
But the very next day we got the news that the ship had hit the sand!

Oh, Carissa, don’t you come around here no more
We’ll always remember the time that we had when Carissa came ashore

The Navy tried to light her fire, to burn her excess fuel
But they couldn’t warm her fickle heart, and she played them all for fools!
They tried so hard to spark a flame, but she treated them with spite
And the breakup was two ends of the same ship passing in the night

So the Coast Guard and the salvagers joined into the plot
They brought her a yellow ribbon from Holland, and tried to tie the knot
It was Sea Victory that took the bow, and towed Carissa away
But nobody could move her heavy aft, grounded at Coos Bay

Their time together was stormy as they started on their trek
Sea Victory could tow the line, but Carissa was a nervous wreck
He was strong and steady, but she just had to stray
She cut and ran for Waldport, and was back on the beach the next day

When Carissa hit the beach in that stormy weather,
She had the gall to share her oil with sea and sand and feather
And now the oysters down in Coos Bay still hum their salty songs,
But they were happier at high tide before Carissa came along!

So now Carissa has gone at last, from Waldport and Coos Bay
We all were glad to say goodbye, though she fought us every inch of the way
And the insult of being dumped, Carissa could not bear —
She went down with a final gesture lifted in the air!

This song was written and sung by Jonathan Lay. He often performs it live with Gordy Euler in the duo Shanghaied on the Willamette, although Gordy does not appear on this recording.

The New Carissa was a tanker ship headed to pick up a cargo of wood chips when she ran aground on the Oregon coast in 1999, causing one of the most serious oil spills to affect the state of Oregon. So what is a song about a freighter doing on a tugboat CD? The real heroes of the story were the tugboats like Sea Victory that struggled to tow the wreckage away.

The saga began when the captain of the New Carissa anchored offshore overnight, perhaps not realizing the stormy reputation of the Oregon coast. The crew didn’t notice until too late that the ship was drifting ashore. Efforts to pull the ship off the beach failed; she was stuck.

When the ship began to leak oil, authorities tried to burn the fuel to get rid of it, using plastic explosives and napalm. Despite making some pretty fireballs and a huge black smoke cloud, the fuel would not stay alight. The fires did, however, weaken the ship’s hull, causing it to break into two pieces, causing more fuel to leak out.

The ‘yellow ribbon from Holland’ was one of several high-tech, unbreakable lines that broke when tugs tried to tow away Carissa’s bow section. The tug Sea Victory, owned by Crowley Maritime, finally got the bow off the beach, but it broke loose and drifted ashore about fifty miles south of the original wreck.

Eventually, Sea Victory pulled the bow off the shore and out to sea for a second time. When explosive charges failed to sink the wreckage, a naval destroyer was called in to shell her at the waterline, with no success. Finally, a submarine was called in to torpedo her, and 45 minutes later the bow finally sank.

The stern section remained on the shore until 2008.

The lawsuits. The State of Oregon sued the ship owners for environmental damages, as well as storage fees of $1500 per day for three years since the ship had gone aground. The ship owners sued the federal government for faulty charts, and because no one told them it was a bad idea to anchor off the Oregon coast in the wintertime. The ship was eventually found guilty of negligent trespass.