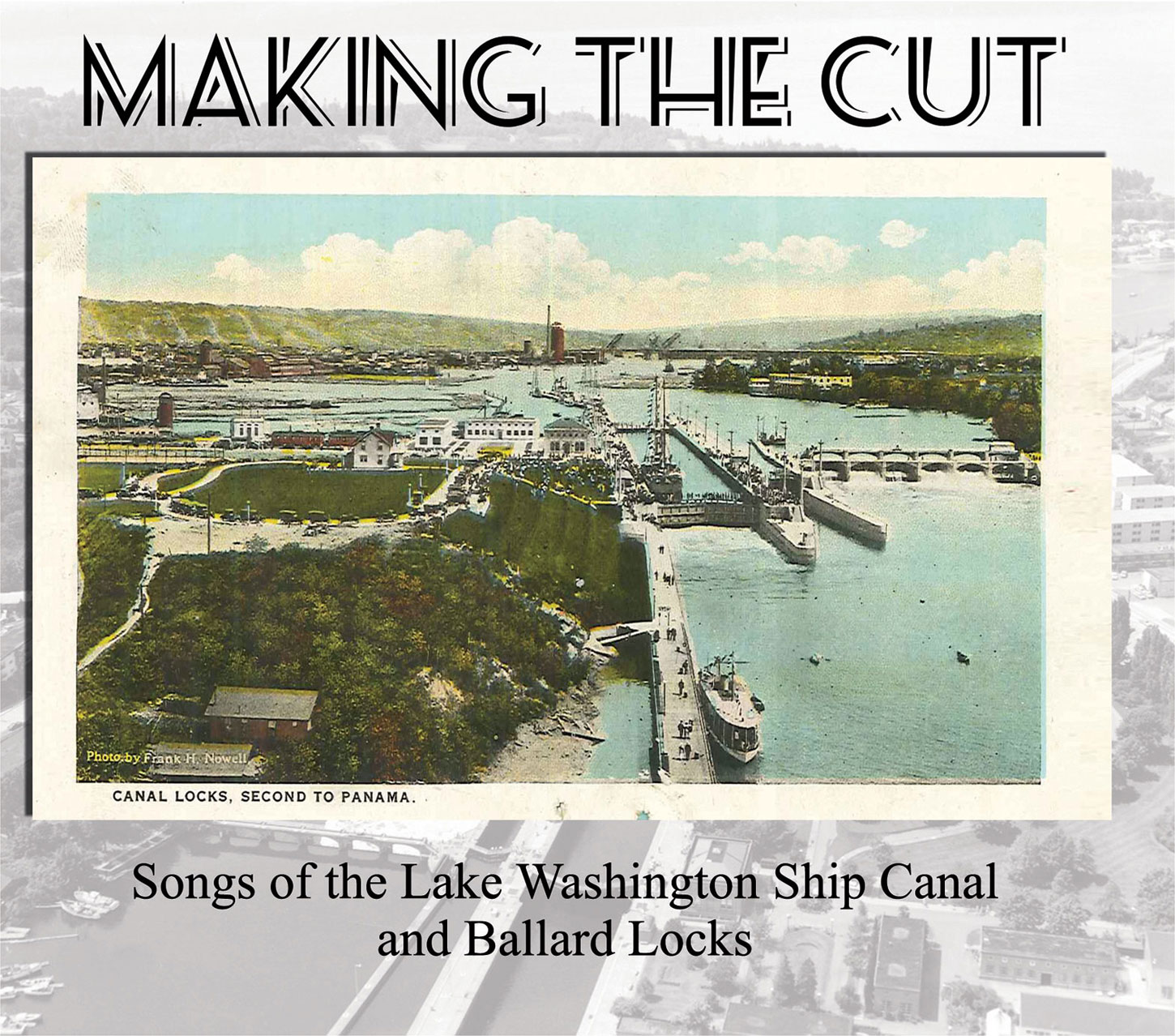 Making The Cut: Songs of the Lake Washington Ship Canal and Ballard Locks

The CD is a compilation of 16 songs by Northwest performers, each looking at a different aspect of the Ballard Locks and Lake Washington Ship Canal.  All songs were winners of the “Making The Cut” songwriting contest held by Maritime Folknet to commemorate the centennial of building the Ballard locks. (2017)

2018 AKCHO Award Winning CD!
(You can send us feedback about this CD)

The Lake Washington Ship Canal and Ballard Locks: triumph or tragedy?  At the centennial of the canal’s completion, these songs explore its lasting impact.  The canal opened a link between Puget Sound and the rich resources of the freshwater interior, playing a major role in Seattle’s growth into a metropolis.  But for Native peoples, the environmental changes brought by the ship canal accelerated the loss of their traditional way of life.  These songs tell many stories: those of migrating fish and Native Americans, dreamers and workers, sailors and fishermen, kayakers and picnickers.  The musical genres range from acoustic to soft rock, from swing jazz to folk.The songs on this CD were the winners in a songwriting contest organized by Maritime Folknet, a non-profit organization that continues the legacy of Northwest maritime music. This project was supported, in part, by an award from 4Culture. Recording, mixing and mastering were done at Jack Straw Cultural Center.

All lyrics are copyrighted by their respective owners.

To use any of these songs for educational or non-profit purposes, at free or reduced cost, apply to Maritime Folknet. A written agreement is required prior to use. (In the unlikely event that Maritime Folknet is disbanded at some time in the future, apply to the copyright holder for an agreement.) For any other use of these songs, contact the copyright holder(s) for licensing.
This project made possible by a grant from